What is Going on with Bitcoin Now? We are having a beautiful recovery on bitcoin and altcoins (they are all GREEN!). At this point, we are continuing to go sideways, and the price could potentially go either way. Some people shared their thoughts about bitcoin going down to the $30,000 level and even towards the $25,000 level – I think it is reasonably possible, but it will only last a short-term even if we happen to see it. I expect the bitcoin price to go up above its all time high in the next couple of months. As a long-term bitcoin investor, I personally do not care too much about these short-term price adjustments. As a matter of fact, it is a necessary step every time we move up significantly. Nothing can go up forever, and I honestly would rather see bitcoin gradually grows sideways rather than shooting up straight. One of the facts to remember is that 64% of the whales (those holding thousands of bitcoins) have NOT sold a single Satoshi since the drop started. This means we have more than 50% of the circulating bitcoin locked by the longs who are solid, strong holders. 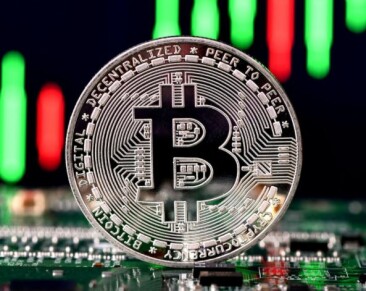 Many people’s view on bitcoin and digital currencies in general is changing dramatically and positively. A billionaire investor Howard Marks has used the word ‘thankfully’ when stating that his son bought bitcoins -- it seems like he himself did not invest but his son did! Large financial institutions are still hungry about owning more bitcoins. Now many of them possess a significant amount of bitcoin, and they will continue to accumulate it to expand their possessions steadily.

Lastly, I would like to mention Dan Held’s tweet with a great comparison of the Internet to bitcoin: